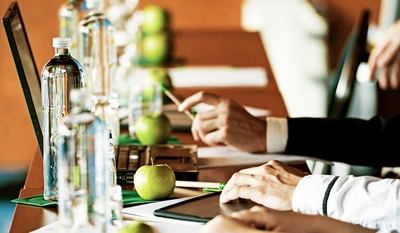 A Level Economics – By Philip Greening-Jackson

Economics is a subject of writing, much writing. Don’t blame me, I didn’t invent it, and you chose to study it.

As many of you will know, I have been a marker for a major exam board for over 10 years, now. I see a lot of exam scripts in my marking duties. Over that period, I have noticed a number of points, but one trend is particularly alarming. That is that many students, nowadays, struggle to write continuously for the 2 hours or so of an exam. There is a very good reason for this. Most of us, myself included, actually write very little in comparison with a dozen or so years ago. I found this out myself when I had to do some writing. For several years prior, about the longest work of prose I had created was a shopping list. Everything else was done by typing into a computer. Believe it or not, I know a man who creates his shopping list on his phone and marks the items off as he buys them, It’s an app that he has!

This danger is especially prevalent amongst distance learning students. In a formal classroom, at a school or college, you are likely to be asked to produce written work within the sessions, and this would be done literally by writing. Here at Oxford Learning College, you are required to submit your assignments in MS Word, or compatible, so there is less emphasis on pen and paper. So I advise you, most strongly, to do some writing every day. I keep a diary of all sorts of trivial stuff, which is of little interest to me and of none to anyone else, but it gets me pushing a pen!  You might like to try this. I know it might seem a waste of effort and from one point of view it is, but write out your notes, then type them into your machine. Do your assignments longhand, then type them up and submit them to me for marking. Believe me, you will reap a reward in the actual exam.

It is of paramount importance that the examiner is able to read your script. Nowadays, most examiners will see only a photo of your script, on line and of course this further degrades the legibility. I can call to mind, when marking, one script which was absolutely illegible. I requested it to be scanned again. The scanning people got back to me and said they could do nothing to improve the resolution. Eventually, I had to raise it with my team leader, he had a look, and couldn’t make head nor tail of it either! In the end, the student was rewarded with the lowest fail grade available. That might seem cruel, but in the final analysis, we as markers cannot allocate marks unless you, the students, have demonstrated knowledge.

So please, start practicing writing today, and keep at it until after the exam! Your hands will thank you.