A level students are no doubt enjoying the summer break – but for those students still studying, here’s a roundup of the latest news.

A scheme by the British Government to re-train former armed forces members as schoolteachers has run into criticism as only 102 recruits have signed up in 2 years. The scheme, which sees the former service personnel shadow a qualified teacher for 2 terms, is said to encourage leadership, discipline and hard work in schools. 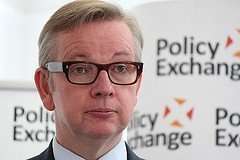 Gove out, Morgan in.

The controversial Michael Gove is no longer Minister for Education, having been moved to the position of Chief Whip. Gove was responsible for significant changes to the A level system coming into effect over the next 2 years as well as the extension of the free schools policy.

Gove will be replaced by Nicky Morgan, who will also retain her post as Women’s Minister.

Heartwarming letter may have been copied

Barrowford Primary school made headlines after a KS2 results were sent out to students, accompanied by a letter. The letter told students:

“We are very proud of you as you demonstrated huge amounts of commitment and tried your very best during this tricky week.

However, we are concerned that these tests do not always assess all of what it is that make each of you special and unique. The people who create these tests and score them do not know each of you… the way your teachers do, the way I hope to, and certainly not the way your families do…..So enjoy your results and be very proud of these but remember there are many ways of being smart.”

However, it appears that the letter may have been plagiarised from an American blog, leading to criticism. The author of the blog was quick to respond, stating “The message is more important than the messenger”.

University Applications are up

UCAS, the body that helps pair up students with university courses, has reported that the number of applications it has received has increased over the last year. The growth has been attributed to an increase in the number of overseas and mature students.