Our featured charity this month is The Brooke, a charity dedicated to helping to improve the lives of Horses, Donkeys and Mules all over the world. Here is a bit of information about them and how our support can help.

To support The Brooke, all you have to do is like our facebook page to donate 50p

As you may know, 2014 marks 100 years since the start of the First World War. It’s also 80 years since Dorothy Brooke, the wife of a British army Major General, founded a charity to help ex-War Horses that remained in Egypt after the war. It was their plight that inspired this remarkable woman to establish what is now the world’s leading equine welfare charity, the Brooke.

The Brooke is an international animal welfare charity dedicated to improving the lives of working horses, donkeys and mules. There are 100 million working equines in the world, and they support the lives of 600 million people – that’s 9% of the world’s population. They are the engines that power the developing world, doing the hardest jobs under the toughest conditions. The Brooke believes that animal suffering is preventable and good animal welfare protects human livelihoods. We work together with local communities to bring about lasting improvements to the lives of their working animals.

An example of what we do: Pakistan – Zar Mohammed

Brick kiln donkeys endure incredibly long working hours, often horribly overburdened with heavy bricks. It’s vital that they have adequate rest somewhere safe and clean. Zar Mohammed relies on his 16 donkeys to transport his loads at the brick kiln, but he couldn’t find anywhere to shelter them after they’d finished work. 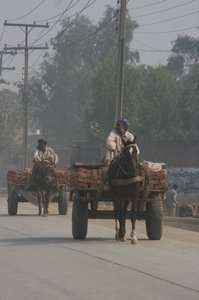 With our encouragement and support, the owner of the brick kiln donated 5,000 bricks to Zar. Zar used the bricks to build a new shelter. We provided the right roof material to retain heat in winter and stay cool in the summer, and helped him include a water source to save the donkeys having to walk two kilometres every time they need a drink. We also helped him include a sandpit, to make sure the donkeys had the freedom and space to roll, lie down and interact with each other – just like they would in the wild.

Word has spread about the many benefits the shelter has brought to the donkeys, the owners and the brick kiln. Following the success of this project, 50 similar sheds have been built. 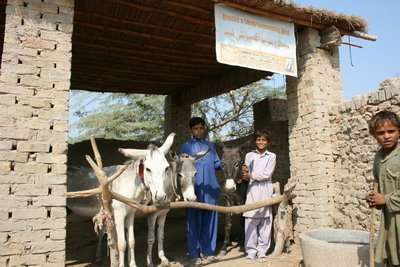 Last year, for the first time the Brooke reached almost 1.2 million working horses, donkeys and mules, and we’re on target to reach two million each year by 2016. With 80 years of experience from 11 different countries, the Brooke reaches more working equines than any other organisation.

To commemorate the First World War centenary and our 80th anniversary the Brooke will soon be re-printing Dorothy Brooke’s diaries, For Love of Horses. Dorothy documented what she experienced in Egypt and what led to her dedicating the next years of her life to setting up the Hospital. This year also sees the release of the world’s first Working Equid Veterinary Manual – a practical handbook combining 80 years of the Brooke’s veterinary experience.

We’ve got a lot more planned for the year so why not join us? Go to thebrooke.org/support-us to sign up for a challenge!

If you like our facebook page this month, we’ll donate 50p to The Brooke – here is where your donation will go:

24 likes gets a grooming kit

28 likes gets a first aid kit

108 likes restocks medicine for a clinic